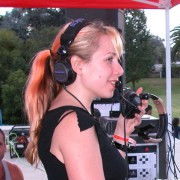 “DANCEFLOOR THUNDERSTORM” is in retail stores! Pick up your copy today!!